5 Characteristics of a Great Entrepreneurship

Each was successful beyond anything we can imagine today.  However, they all displayed characteristics that are still critical today for successful entrepreneurship.

As I began to dig beneath the veneer of the stories, each displayed 5 characteristics that allowed them to rise above the rest:

The Characteristics of the Industrial Giants and Entrepreneurship

Each man saw an opportunity in a way others did not. They created industries where industries barley existed before.  This is what made them industrial giants.

Vanderbilt saw the shift in transportation to railroad.  Rockefeller saw oil refining as the key to the oil industry when most were focused on drilling.  Carnegie saw steel as a new material that would change the building and manufacturing landscape. J.P. Morgan had a knack for consolidating things is a way that created huge profitability.  And, Ford took an luxury item and built in a way that brought it to that masses in the automobile.

Do you have a vision?  Not just to have a profitable company.  I mean something revolutionary that others truly need?  Your company is just a vehicle to get you there! Thia is what will make you one of the industrial giants.

All these men took huge risks.  99.9% of most people won’t take even a fraction of the risk that these entrepreneurs were willing to take.  At one time or another they all bet everything that they had on their vision.  While their risks were calculated, without the willingness to take them they wouldn’t have been catapulted to the level of success they are all known for today.

For example, Vanderbilt did not start in railroads.  He was a shipping magnate. He sold all of his shipping interests in order to invest in the new railroad industry because he saw the shift in distribution in a way that others did not.

Innovation is at the forefront of all true entrepreneurship.  Each of these industrial giants built industries that did not exist before them.  They saw opportunity where others saw a problem.  They challenged what others said was impossible to solve a common problem and made a fortune in the process.

Carnegie is a great example.  He got into steel because his mentor charged him with the task of build the first bridge over the Mississippi river.  With the building materials of the time this was an impossible task.  However Carnegie was unyielding.  He searched for a material that could be used and found a way to mass produce it in a way that nobody had thought of before.

What’s your innovation, or are you just trying to rebuild someone else’s idea the same way as they did?  You’ll need something to make you better than them or you won’t realize the success that they have already created!

Each man was ruthlessly competitive in his own right.  The fact that they built monopolies is a testament of their competitive nature.  They ate everyone one else for lunch.  One thing to note is while they owned a huge part of the market, none of them owned it ALL.

Rockefeller demonstrated his competitive nature by attacking the man that really gave him his opportunity – Vanderbilt.  When Vanderbilt approached other railroads about increasing the shipping rates on oil, Rockefeller responded by building a pipeline.  The pipeline cut the railroads nearly completely out of the oil industry and created a depression in the process.

Who’s your competitor?  I hear small business owners say, “I have no competition” all the time.  This is a problem as they either are burying their head in the sand, or more importantly why isn’t anyone doing what you’re doing?  Maybe it’s because you can’t make money at it.  Figure out who your competition is and compete!

Tenacity was almost a given. The industrial giants had challenges more than once in their careers. 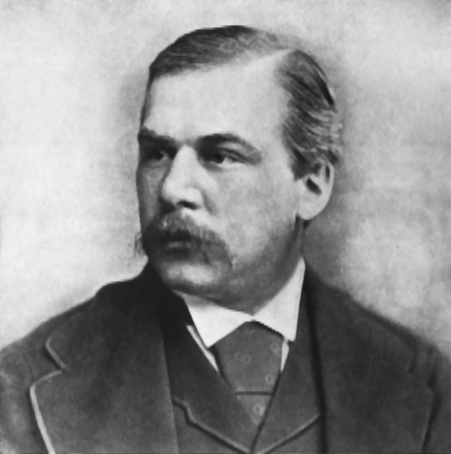 JP Morgan is a great example of tenacity in the way that he approached the loss of the Niagara Fall power plant contract.  He lost it, but he decided to look at what he could do in order to turn it into a win!  The result was the creation of General Electric. Still today GE is of the premier companies in the world.

What separates the winners from the losers is how they face the challenges.  Challenges are a part of life and business.  You can’t let them get you down.  You have to tenaciously hammer away at them until you’ve broken them down and overcome them.

Your purpose in life may not be to become an industry giant.  However, if you have chosen business ownership as your vehicle to life success, mastering entrepreneurship is a step along the path.  And, entrepreneurship means that you must develop these characteristics in yourself if you wish to have success.

What’s missing for you? Find out by downloading our FREE e-Book The Missing Component to Successful Entrepreneurship by completing the form below.

Use this form to download a copy of DE, Inc.'s e-book "The Missing Component to Successful Entrepreneurship."
Dino Eliadis2017-09-15T19:18:08-07:00Entrepreneurship, Featured|

This site uses Akismet to reduce spam. Learn how your comment data is processed.